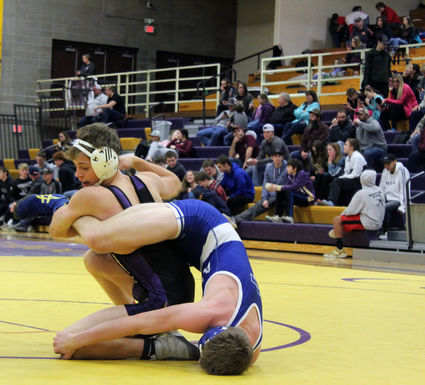 The Whitehall High School wrestling team once again showed they are a major force in Class B/C with a third-place finish out of 29 teams at last week's Cut Bank Invitational.

Whitehall was the top Class B/C finisher at the 52nd annual tournament with Class A Schools Havre and Fergus finishing in first and second.

Assistant Coach Steve Sacry said the team effort was led by captain Mike Wilkinson who captured the 132-pound championship with a perfect 5-0 record. Sacry added the other captains also had strong performances. Dallen Hoover finished in second place falling short in the champions...