Joe C. Kenworthy, 89, passed away Wednesday, 8 January 2020, at the Tobacco Root Care Center in Sheridan, Montana. Joe was born on June 2, 1930, in Butte to Vernon and Catherine Kenworthy. He was preceded in death by his mother and father and two of his brothers, Jim and Jack. Joe is survived by his brother Bill Kenworthy of Whitehall, and numerous nephews and nieces.

After moving in the 1940s to Washington and Oregon State, Joe moved variously to Butte, Virginia City, and Alder, and settled in Whitehall around 2000. 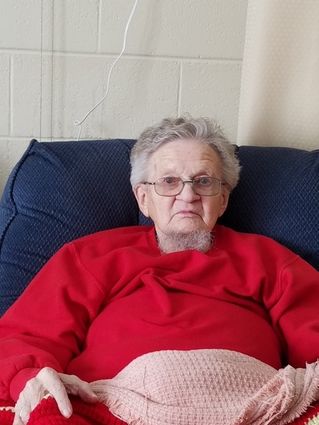 Joe is survived by numerous friends, including many from Coachman Court, where Joe last resided. Prior to his last move to the care center in November of 2017, Joe was taken care of by Evolyn Merrill, who also visited him every Wednesday for his remaining two years. Evolyn and Joe had a special bond.

For nearly forty years Joe was a chef by trade. He delivered flowers for Cottage Floral in Whitehall, managed Coachman Court Apartments, and delivered meals for seniors around Whitehall for the Senior Citizens Center.

Beginning at Borden’s in Whitehall, Joe built a life-long passion for dancing. More recently, he loved going to Manhattan to Sunday dances, where he met many people who became life-long friends. Joe will be sadly missed by friends and family.