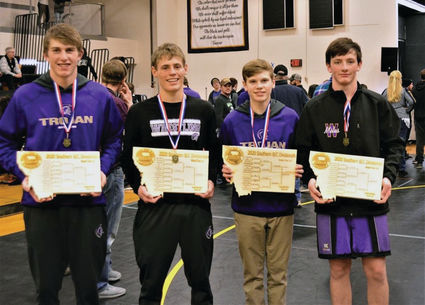 For the first time since 1995, the Whitehall High School wrestling team captured a Divisional Championship. The Trojans had four individual champions and had another six finish in the top four to qualify for state at last Saturday's Southern B/C Divisional Tournament in Cascade.

Whitehall was the lone team over 200 points at the tournament finishing in the top spot with 203. Townsend was second with 173 and Columbus was third with 159.