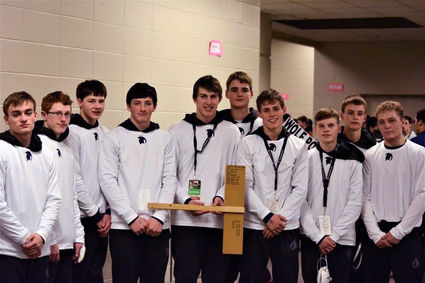 The Whitehall High School wrestling team capped off a phenomenal 2019-20 season with a fourth-place finish in Class B/C at last week's State Tournament at the MetraPark Arena in Billings.

Whitehall had seven of 10 wrestlers place and was led by senior Riley Forcella (152 pounds) and junior Dallen Hoover (145) who both advanced to the "Chipper" and finished in second place.

According to Assistant Coach Steve Sacry, the seven wrestlers placing ties the...