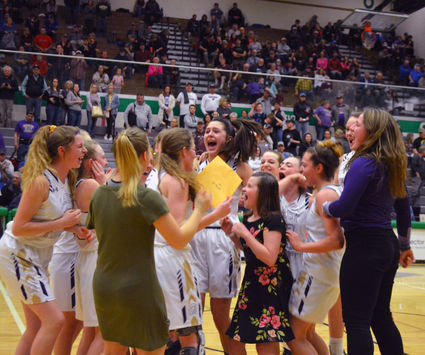 After defeating Townsend 56-43 Saturday morning, Whitehall earned the third-place finish with a 54-48 win over rival Boulder.

Following the game, Head Coach Kelly Nieskens said the team has been through ups and downs, but they battled through the adversity.

"When it comes down to it, our team sticks together, and we fight. We came out and played two great games today and I'm so happy for these girls. They've earned it," he said.

Senior Asha Noyes and freshman Jada Clarkson both had huge games against the Lady Panthers. Noyes ended her night with 18 and Clarkson finished with 17. Meagan Johnson added seven including a key three-pointer to push the lead to 48-44 with two minutes remaining. Rachel Van Blaricom led Jefferson with a game-high 27.

Nieskens said this was the most complete game he has seen Noyes play as her coach.

"She's worked hard, to see her do this, it is awesome," Nieskens said.

Noyes said she played for her team and it was great to get the third-place finish.

"It feels amazing. It's a huge accomplishment for all of us," she said.

Whitehall would fall behind early 10-3 before storming back to tie the game at 11 going into the second quarter.

Noyes had a huge second quarter with nine points including a three with time running out in the half to give Whitehall a 28-24 lead.

It was an even third quarter with both teams scoring ten and the Lady Trojans maintaining their four-point advantage (38-34) going into the last quarter.

The Divisional game is scheduled for 7:30 p.m. at the MetraPark Arena in Billings.

Whitehall opened the tournament with a 36-25 loss to third-seeded Three Forks. 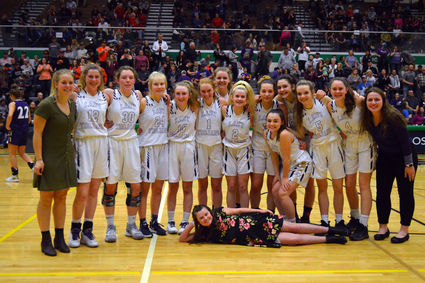 It was a back and forth affair in the first half with Whitehall racing out to a 9-2 lead late in the first quarter. Trailing 9-4, Three Forks would open the second quarter on a 7-0 run to take an 11-9 lead. Jada Clarkson would score the next four for the Trojans to put them up 13-11. Kendall Lynn would score the final points of the half with two free throws to send the game tied at 13 going into the break.

The Wolves came out of the gates strong in the second half scoring the first nine of the third quarter to take a 22-13 lead. Whitehall would cut the lead to 23-18 in the final seconds of the quarter, but Lynn was able to connect with time running out in the quarter to give Three Forks a 25-18 lead.

Nieskens said his team had a rough time making shots and as the game went on, they started forcing some shots.

"We've got work to do tomorrow," he said following the game --- and his team would respond is an amazing fashion the following day.