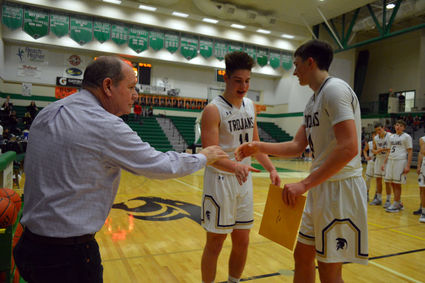 The Whitehall High School boys basketball team won two games last Saturday to finish third at the 5B District Tournament in Belgrade. The Trojans defeated Townsend 53-49 early Saturday morning and rival Jefferson 54-46 Saturday afternoon and will advance to a play in-game March 4 at the Southern B Divisional Tournament in Billings. Whitehall will open the tournament against Columbus, the third seed from the 4B District in a game scheduled for 6 p.m.

The win Saturday against Jefferson was the second time the Trojans had defeated rival Jefferson at the tournament. They opened with a 36-23 w...