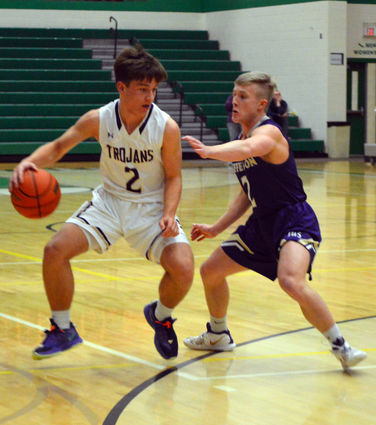 Brendan Wagner gets by the Jefferson defense. Ledger photo by Melissa Jenkins

After finishing the regular season with three wins, the Whitehall High School boys basketball team won three games in three days at the 5B District Tournament in Belgrade and earn a spot in a Southern B Divisional Tournament play-in game today at the MetraPark Arena in Billings. The third seed from the 5B District, the Trojans will take on the third seed from 4B Columbus in a game scheduled to tip off at 6 p.m. The winner will advance to the double-elimination tournament and a Friday evening matchup against Lodge Grass.