I am a true-crime junkie.

It does matter if it is a book, television series, podcast, website, or documentary, I will check it out. To some, it certainly may sound like a macabre past time learning about serial killers or the mob, but I just cannot get enough of it.

I usually spend at least some of my weekends working covering sports or other community events but this hasn't been the case for the past few weeks. This has allowed me to binge-watch a few television shows. I've always known people that think the television is the Devil, but there are a lot of worse things someone can be doing than watching the entire season of a series in a day. I just love it.

I'm sure with different levels of quarantines and stay at home directives throughout the country that streaming, satellite, and cable numbers are through the roof. Looking for something to watch, hopefully, these couple of recommendations will help out if you'd like to sit on the couch for a few hours and binge. (FYI, none of these are suitable for children.)

1. Ozark – Season three of this drama was released on Netflix last week. In a nutshell, it is about a money launderer who is forced to move from Chicago to the Ozarks. It is a dark and moody show and pretty much every character has issues. It is often times hard to like most of the people but the mess they all find themselves in is definitely worth watching. It will certainly make you feel better about the bad day you might have had.

2. Tiger King: Murder, Mayhem, and Madness– I'm sure I don't have to tell most people about this docuseries that was released in late March on Netflix and has absolutely become a pop-culture phenomenon. Much like Ozark, I found it really hard to like anybody on this show, but I cannot turn away. I have not seen a show blow up like this since "Making a Murderer" and while very uncomfortable at times it will keep your attention. I often times think a lot of it is made up – it is just that ridiculous. I was surprised that the main focus of the series "Joe Exotic" spent time at Laramie High School in Wyoming. I lived in Laramie for a couple of years so I'm glad I'm not the biggest weirdo the town has produced.

3. The Leftovers: This show concluded a three-year run on HBO a few years back. HBO is known for some pretty high-quality television, and while this show had great reviews, it never really generated the same type of buzz as the Soprano's or Game of Thrones. The premise is marvelous – what if in an instance two percent of the Earth's population just vanished. It is sad, it is funny, it is moving, it is frustrating --- a perfect way to examine humanity. Each of the three seasons is completely different and it works.

4. Peaky Blinders --- This BBC produced show can be found on Netflix and it is savage. The story of a family during the era of "razor gangs" in England is much like a lot of things I watch – not for the faint of heart. I usually am not fond of things set in the early 1900s and I've never been sure why. This changed this for me in a hurry. It incorporates a fictional world inside of generally accurate events that did in fact happen. The characters all do very bad things, but unlike Ozark, some of them are very loveable.

5. Chernobyl – This aired as a mini-series last year on HBO. Of all the shows that I have listed this may have been the toughest to digest. Not because it is chalked full of evil people, but because it appears to be a very accurate rendition of a horrible world event. I've always been fascinated by Russian history, but this is a worm hole that I had not been down. Perhaps because it happened during the days of the U.S.S.R. that a lot of Americans don't' know more about it. This is not your average historical-based series. It takes a much deeper look at what was a devastating worldwide tragedy.

I'm hoping someone who reads this will pick a show and enjoy it. Or someone may be really mad at my choice in television. 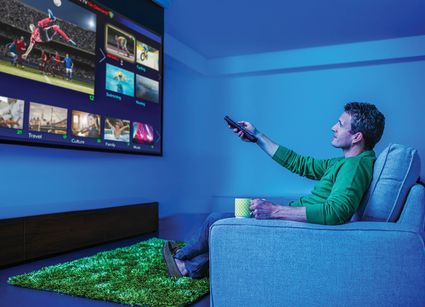