There will be a new sport next year at Whitehall High School.

The school board of trustees voted earlier this year to add a boys and girls golf team. Julie Kieckbusch has been hired as head coach and Kerry Sacry will serve as an assistant.

Kieckbusch is excited to be the coach and is hoping to generate some interest with kids prior to the season starting in the Spring of 2021.

"Since this is a brand-new sport at WHS, I am hoping to get kids excited about trying it next spring. I honestly don't know how many kids at Whitehall golf or have tried golfing, so I anticipate starting at the ground level with the basics and going from there. We were able to purchase some golf training equipment' so when and if we can, Kerry Sacry (assistant coach) and I plan on doing some golf 'open fields; over the summer for the kids who want to try it. That will all depend on whether we can do it safely and still abide by the social distancing guidelines set out by the state. If we can get some kids out there trying it this summer and getting used to the game, it will hopefully generate interest next spring," she said.

Kieckbusch who is a teacher for the district and was an assistant coach last year for the cross country and girls basketball team, has already talked to some students who have expressed an interest in playing for Whitehall.

"Since tennis is no longer an option as a spring sport for girls, I am hoping those girls will make the transition to golf along with any other boys and girls who want a spring sport and track and field isn't for them. We have this summer and next school year to generate interest within the student body," she said.

As of right now, Kieckbusch and Sacry have nothing set in stone for practice but have discussed a practice schedule that includes two days a week at the school working on chipping, putting, driving into a net, and the rules of the game. She added one day a week they may be going to an area course to get some practice in. 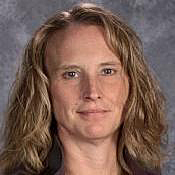 "That is important, so when they go to their first meet they have at least played on a couple of courses," she said.

During the season, high school teams across Montana host tournaments during the week to allow for courses to be open to the public on the weekend.

Kieckbusch is no stranger to the game of golf.

"I have played golf most of my life, but have taken it up more seriously in the past 10 years. I try and play at least three times a week depending on the weather which has been good so far this spring. Kerry and I are very excited about starting the golf program. Golf is a lifetime sport and I hope that some of the students at WHS give it a try. It is a fun game that can be frustrating at times but promotes mental toughness," she said.