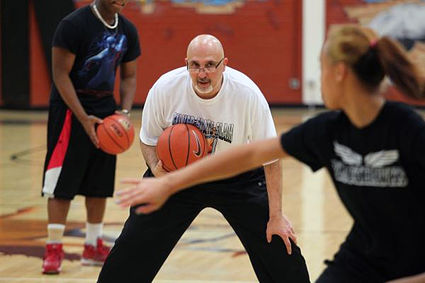 There will be a new head coach on the sidelines next season for the Whitehall High School boys basketball team.

Mike Moulchin was recently hired to take over for longtime coach Zach McLean who resigned following the 2019-20 season.

Moulchin began his coaching career in his early 20's in a biddy ball league at the Boys and Girls Club in Las Vegas. He would later go on to coach junior high and continued his path to McQueen High School in Reno and Clark High School in Las Vegas. Taking over for a Clark women's program that had gone 18-88 the previous five years, Moulchin would lead his team...