Celebrating Twenty-Five Years Of Preserving The Past 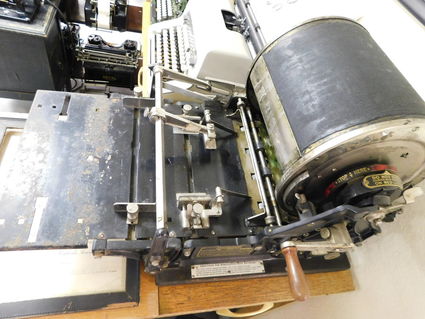 Pictured is an old mimeograph machine.

The large barn that is known as the Jefferson Valley Museum began its history in 1914 as the Ike Pace Barn. Pace and Frank Wyne began a dairy business there in 1915. It was known as The Sanitary Dairy and from 1927 to 1937 Al Smith operated the last dairy at the barn.

This barn not only held cattle, horses and grain. It was also host to many Barn Dances in its early years. In 1950 Basil and Tene Brooke bought the barn and built a Meat Processing Plant just south of the barn. In 1990 during Whitehall's Centennial, Roy Millegan had a dream of developing a museum in the area to capture th...