At last week's Town Council meeting, the governing body voted to open the Whitehall Community Pool early next month. The decision came after it was decided in May the pool would not open because of issues related to COVID-19.

The decision was very well-received by many in the community who felt strongly about the issue. It was some really positive news -- people wanted to have a place for kids to go after being stuck at home for the past several months. Many also wanted a place for adults to go to get some exercise and cool off during the hottest months of the year.

The Council made a positive decision to open the pool, but it will not come without a cost. Pools cost a lot more money to operate then they bring in, so this has been a yearly concern for the governing body. 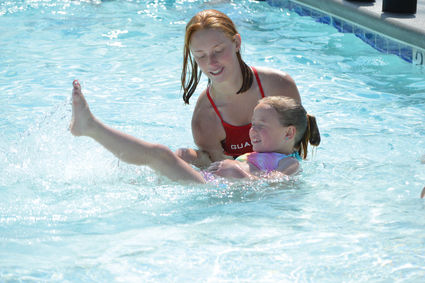 The Whitehall Community Pool will open next month.

Looking to the future, what may need to happen for the pool to continue to operate, is to come up with a combination of public and private funds. And this is going to be even more important this year.

Bill and Tamara Pullman, John and Sally Kreis, Terry and Wendy Wisner, and Ruth Lott have already made significant donations to help the pool operate this year and this is not only a great gesture – it is a great start to fundraising efforts.

The pool is so important to Whitehall. It really does give people something additional to do and that is important in a small town. It is just one of those places that cannot economically sustain itself – but that does not make it not worth opening.

What will be equally important is that all the people that cherish the pool to help out with fundraising.