While unsure if and when the 2020 season will start, the Whitehall/Harrison High School football team has been working hard with the hopes they will be hosting Cut Bank on August 28 at Trojans Field.

Trojans Head Coach Dan Lacey feels it is tough right now to figure what is going to happen with fall sports and tough decisions will have to be made, and there are a lot of factors that will lead up to those decisions.

"As we stand right now, I think it's a 50/50 chance that we will play our opening game against Cut Bank," he said.

As far as preparation for the season, the team has been holding open fields three days of the week and has been following MHSA guidelines, health department guidelines, and administrative guidelines. 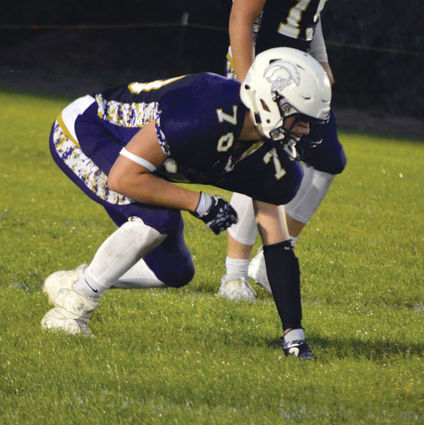 Dylan Smith is one of the many big time returning players for the Whitehall/Harrison High School football team. File photo

"Keeping the coaches and kids healthy has been the main focus. We have worked a lot on speed and agility and formation alignment. The players and us coaches have learned to adapt, and it has been really positive and the turnout has been great," Lacey said.

If the season is a go, Lacey is super excited to get rolling with this squad.

"Our seniors have been great both on and off the field and do a great job of representing our school and community. Hopefully, things work out to where we are able to go out and compete, but we also know the focal point is the safety of the players, coaches, officials, and fans," he said.

The road games are September 4 at Shepherd, September 25 at Manhattan, October 2 at Jefferson and October 23 at Sweet Grass County.