Our View: Be mindful of Cardwell Sanitation Site

A few weeks ago, a letter to the editor in the Whitehall Ledger written by Chris Wagner discussed frustration with the condition of the Cardwell Sanitation Site.

Wagner discussed his frustrations with the appearance of the site for both residents and those visiting the county as well as sharing pictures of what was being left at the site that is located near a fishing access site in Madison County.

Wagner has every reason to be upset.

First and foremost, I will have to say that the site is very convenient for those who live in Madison County. It is located right off the highway and is a lot easier than taking trash somewhere else in the county or to the Whitehall landfill.

This is supposed to be a convenience for local residents, and it is turning into a nightmare. 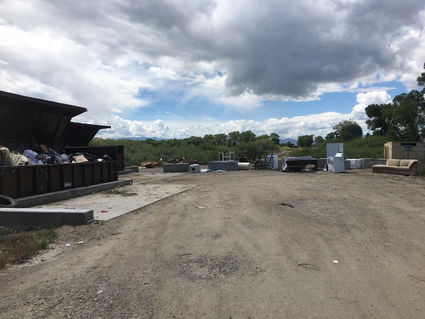 Pictured is the site earlier this summer.

Improvements were recently made at the location and it's hard to focus on them because people are messy and thoughtless.

The sanitation board has talked about possibly moving the location to Harrison and I don't think anybody locally wants that.

It is important to remember that a lot of people travel on that road from out of town and we don't want their first thoughts of Madison County to be a messy sanitation site.

It would probably be pretty expensive to man the site 24/7, but cameras are a good idea. Another great idea is to be vigilant about what goes on there. If something doesn't look right, report it.

Being a little more mindful could go a long way to keeping the site looking decent.