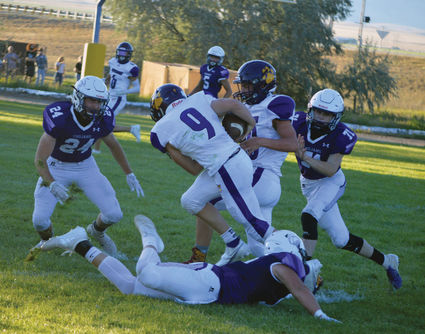 The Whitehall/Harrison defense was huge in the 18-6 season-opening win over Jefferson.

It's so far so good for the Whitehall/Harrison High School football team.

The Trojans used a strong defensive performance and two Miles Hoerauf to Flint Smith touchdowns on their way to an 18-6 season-opening home win over rival Jefferson High School.

"We are super proud of the effort of everyone tonight," he said.

After a scoreless first quarter, the Trojans would capitalize moments after a Panther miscue on special teams when Hoerauf found Smith for a leaping 24-yard touchdown to give them a 6-0 lead with 10:18 left in the first half.

"It was huge to get that touchdown. We've talked about it before the game we absolutely have to clean up the turnovers and penalties and we ended up getting fortunate in the special team's game. We got good field position and we took advantage of it and we just kept rolling from there," Lacey said.

It was a defensive stalemate for the rest of the quarter with Whitehall taking the 6-0 lead into the half.

Jefferson would answer on the opening possession of the second half and scored their first points of the game to tie the game at 6 with 4:52 left in the third quarter.

Lacey said the Panthers came out with a good game plan in the third and marched it down the field, taking about seven minutes off the clock.

It would not take the Trojans long to respond as they quickly retook the lead on the 76-yard pass from Hoerauf to Smith to push the lead to 12-6 with 3:54 left in the third.

"We talked about answering and finishing, and we did that," Lacey said.

Whitehall would seal the game in the fourth on a long scoring drive sparked by several long runs by sophomore Sage Buus. A nine-yard Hoerauf run pushed the lead to 18-6 with 8:12 left in the game. 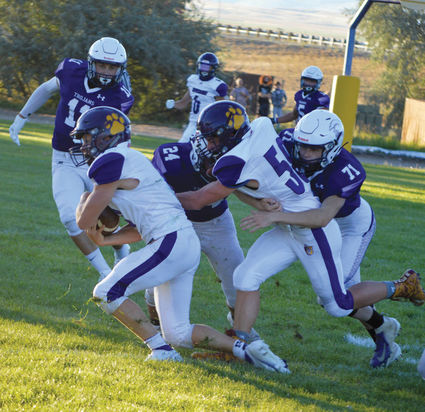 The Trojans only gave up one score in the season-opening victory.

Lacey credited the duo of Hoerauf and Smith for their efforts. He said they have been telling Smith to just go out and trust his speed and he has a huge ceiling he has still not hit. Lacey added Miles did a great job managing the offense through both the run and pass. He also praised the play of the offensive line he said allowed the Trojans to run the ball the way they wanted to.

Whitehall will next be in action on September 18 when they host Townsend.

"The biggest thing for that game is we need to have four quarters of conditioned football. That's something we saw with our guys in the trench tonight. That's what we're going to focus on next week, trying to simulate how physical it is in the 5B and playing four quarters of football," Lacey said.