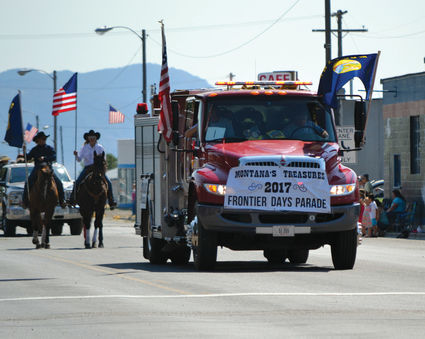 During her monthly report at last week's Town Council meeting, Mayor Mary Janacaro Hensleigh discussed the importance of the November vote on a 30 mill levy increase to generate funding for law enforcement and the Whitehall Volunteer Fire Department.

"Whitehall has not asked for a mill levy increase in 50 years. The budget is very tight. Things will have to be cut if we do not get this mill levy increased. I think we've done a good job managing your money, but we can't live on a 1970's budget. It's impossible," she said.

The council voted in July to move forward with the levy, the first since the early 1970s.

The increase would help the fire department with needed equipment and other necessities. The current law enforcement contract with Jefferson County is around $111,000. At a meeting in May, Council President Roy McBride said the cost of the contract could go up in the future

Hensleigh also appealed to the public to fill out their census forms.

She said Jefferson County is really lagging behind and it costs about $20,000 per person by not filling it out.

"That's a lot of money at stake for the county and town, Hensleigh said.