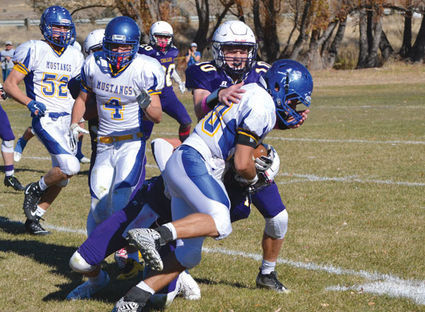 Max Feight makes the tackle in playoff action during his junior year. He is now a member of the Montana football team. File photo

It would not be a stretch of the imagination to say Max Feight was one of the most gifted athletes to ever play at Whitehall High School.

One might also argue he may have had a chance to prove he was the best to ever wear the Purple and Gold had it not been for a freak injury during the first quarter of the first game of his senior year that prevented him from helping him lead his to possible deep runs in the postseason in football and basketball, and a shot at an individual state title in the hurdles.

Despite the setback that put an unfortunate end to his high school playing career Feigh...