Whitehall moves to 2-0 against rival Jefferson 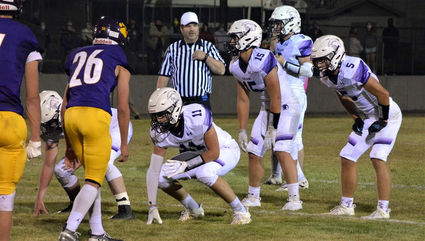 Whitehall lines up on offense in last week's 13-7 win over Jefferson. Photo by Jennifer Hoerauf

The second verse was the same as the first for the Whitehall/Harrison High School football team.

Playing against rival Jefferson High School for the second time in the first four games of the season, the Trojans once again used a stifling defensive performance to pick up their second win of the season against the Panthers with a 13-7 Friday night road win. Whitehall (2-2) also defeated Jefferson 18-6 at home in their season opener on September 4.

"It's always fun playing a rival and to be able to beat a team twice in one season is very tough. I'm very proud of the effort our players and co...