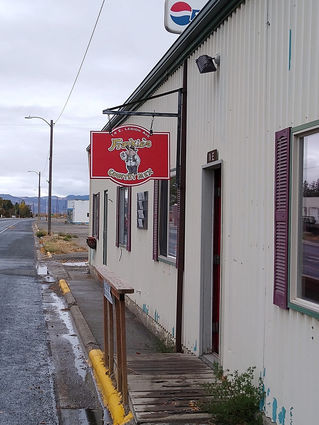 While the concept of "Country Mex" might sound a little unique, Frankie's owners Priscilla McGee and Charles Frankenstein are hoping the robust flavors of both cuisines combined with fresh and locally produced food will be the recipe for success at the new restaurant located at 14 E. Legion.

McGee is no stranger to the restaurant industry having managed her grandfather's restaurant in Louisiana for several years, as well as finding joy making food for large groups of people.

While Frankenstein has a background in hotel management, he's always had his eye set on the restaurant industry as a way to have a small and local business he could call his own as he looks to the future and retirement

A former Whitehall resident, Frankenstein moved back along with McGee around this time in 2019. Both being energetic people, Frankenstein explained it is very hard for both of them to sit still with just one job and Priscilla gave him the ultimatum shortly after moving to Whitehall that if they had not tried to start something in a year she would be opening a food truck.

Both having spent a great deal of time in the south, they are big on the very distinctive spices and southern flavors Frankenstein said you don't always see in the area. Having also recently lived in California, he has learned to enjoy and study more about Mexican food and flavors and hopes to give those who come to the restaurant some new options and maybe something they've never had before. McGee also wants to put a few country flavors into the Mexican food.

As far as the first week of business, the number one seller at lunch has been the carne asada torta and huevos rancheros being a huge hit in the morning, with the Frankie's Classic featuring biscuits and gravy also gaining popularity over the past few days. McGee was hoping the grilled mac and cheese sandwich would have taken off but plans on keeping it on the menu for now and said once people try it, they will back to order it again.

The pair have also taken feedback from the community to alter their menu. McGee said they heard from customers the bolillo bread for the tortas was a little too thick so they changed it up, something they will continue to do until their official grand opening on November 2.

"We are seeing what people like on the menu, which is not finalized. We are still looking at what we can and where we can go with it," Frankenstein said. 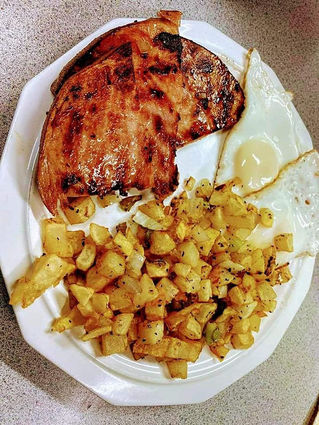 Pictured is the ham steak breakfast at Frankie's.

It is always important for the two to make everything fresh as possible and they are baking their bread each morning. They are also utilizing as many local products as possible including their supplies to make bread from Wheat Montana and meat from a local butcher shop.