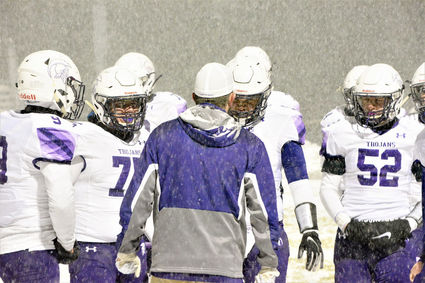 Not only was the Whitehall/Harrison High School football team to close out the regular season with their fourth straight victory with a hard-fought 14-6 win over Big Timber, but they also secured the number three seed in the Class B Southern Conference and an opening-round playoff game Saturday at the second seed from the East Shepherd.

Now 5-2 with four straight wins, Head Coach Dan Lacey is very proud of how the team has performed and grown since back-to-back losses to two ranked teams.

"They are really starting to understand the preparation that goes into each week to prepare for a football game. They are using that to compete and give themselves an opportunity to win football games in the 4th quarter," he said.

The Trojans battled inclement weather last Friday to get the win over the Herders. Senior Brody Becker scored both Whitehall touchdowns in the first half and finished his night with 22 carries for 134 yards.

Lacey said the team talked all week about the importance of protecting the football, winning winning the field position battle and playing great defense.

"We knew with the conditions the way they were going to be that a touchdown or two could very well win the game. Jumping out early was huge for us and it helped set the tone for the rest of the game," he said.

After giving up just six points, Lacey was also very impressed with the defensive performance of the Trojans. 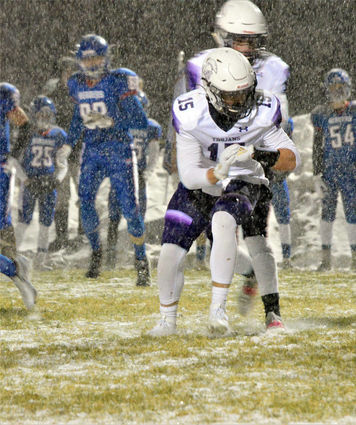 Evan Wagner and Trojans picked up a 14-6 win.

"Big Timber drove down to our one-yard line and had a chance to score and tie the game with a two-point conversion. After a few penalties on us that gave Big Timber a couple of extra downs to try and score, we helped them and took over on downs at the 19-yard line. That goal-line stand was amazing and took a great team effort. That fueled us for the second half and after that, we also had two interceptions to help hold off the game-tying scores," he said.

Looking toward the opening round game this week, Lacey said the whole team is excited and it was their goal to play on "Saturdays" in 2020.

"I love the structure of road trips and look forward to playing a good football team that had a chance to win a conference championship that week. Shepherd is in their second year with a new coaching staff that wants to change from a power run team to a more balanced offensive attack. I think the keys to the game are a lot like all the others. Valuing the football, winning the field position battle, and playing together as a group. It should be a great game Saturday," he said.