James Leslie McCrossin – known better as "Jim" to most, and "Mr. MAC" to the many students he taught over the years, passed away at his home in Whitehall, Montana on November 28 th , 2020 at the age of 73. He was doing what he liked to do – working on his place.

Jim was born to Alice and Leon McCrossin on March 6, 1947 in Hamilton, Montana. He was raised and went to school in Darby alongside his brother Larry (Teresa) McCrossin and sisters – Bonnie (Clint) Bruggemann, Sandy (Phil) Bergren, and Suzy (Scott) Vandersloot. He lost his youngest sister, Joann, early in life.

He spent over 30 years as a teacher and administrator in the Ennis, Darby and Whitehall school districts.

During that time, he was able to have an impact on many lives. He loved helping kids learn and find success. Many of his former students still stop by to chat with "Mr. MAC". He took a break from teaching along the way to help with the family egg business.

As one person wrote regarding his passing: I never met a man who was so strong, so supportive and so confident about being successful. Your Dad has an ability to look deep into people and see the un-tapped talent and he had a calming voice to influence a person to "Step Up" and live their fullest potential. God's gift to people was sending Jim into their lives, even if it was for 5 minutes. We have all been blessed to know him. 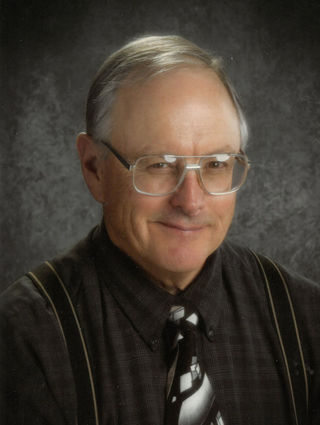 Dad enjoyed teaching but his real passion was family, farming and fishing. He could raise crops in areas that no one else could or catch a steelhead where others had tried for hours. Dad raised food in his garden to give away to those in need and has taught countless number of people how to fish for steelhead. He enjoyed helping others and would often visit with his family through a game of cribbage.

One of his most revered sayings, "Keep a smile on your face and a song in your heart."

The family requests any memorials be sent to a charity of choice or your local food bank. Dad had planned to raise an even bigger garden in 2021 so that he could donate produce to the local food bank.

Please help us honor his legacy. Condolences can be left for the family at http://www.dalyleachchapel.com or in writing to mccrossinj@yahoo.com