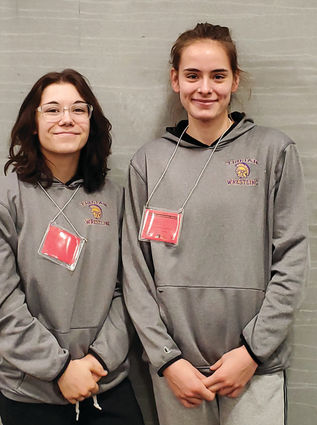 The Whitehall girl's wrestling team headed to the state tournament at the new Lockwood High School this past weekend. They joined the other 145 girls from around the state for the first All-Class girls wrestling tournament. What an exciting weekend! When the dust settled, Alley Antonsen (120#), MacKenzy Best (138#) and Addi Sullivan (statistician) represented Whitehall well. Antonsen earned a third place medal and Best brought home a fifth place medal. As a team, Whitehall earned 43 points, placing 14 out of 47 teams.

Antonsen started the tournament with a match against Carbery from Bil...