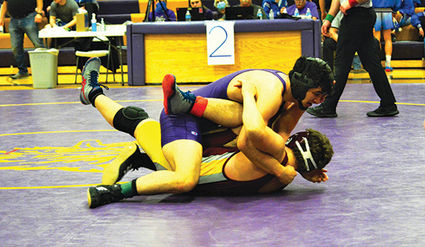 This year the Montana High School Association decided to have two super divisions for wrestling instead of the usual four. The western division included 24 schools and, as this was the first qualifying tournament, the teams brought their full rosters. This totaled 224 wrestlers Whitehall was competing with. Whitehall wrestlers have had a successful year so far, having a dual record of 24-1. This gave them confidence and hopes of a successful tournament. After two days of wrestling, Whitehall earned the second place trophy, scoring 169.5 points. First place went to Boulder with 175.