Why or Why Not? Examining Both Sides of the Vaccine Coin 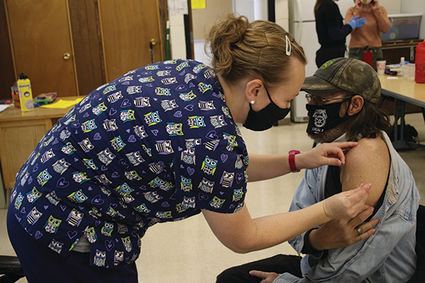 On Tuesday, March 23rd over three hundred individuals made their way into the Whitehall High School to get their first COVID vaccine, graciously provided by Elkhorn Pharmacy and the Jefferson Valley Rural Ambulance District. However, that is only a small percentage of Whitehall's population. Many have gotten their shots previously elsewhere, but many have also taken a stand against the vaccine.

While at the vaccine clinic the Ledger spoke to those who wanted to voice their opinions for the vaccine. On social media, the Ledger also opened a discussion asking how individuals made their decis...