Recipe of the Week: Bacon Makes it Better in BLT Bites 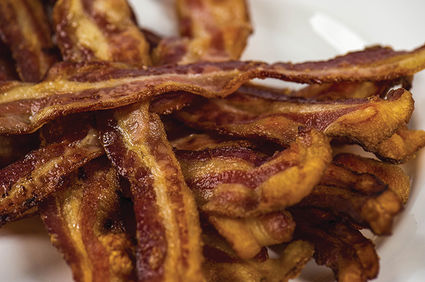 Some people may argue that bacon should be its own food group. Bacon has the potential to improve any recipe with it's salty, addictive flavor, but it is equally delicious all on its own. It's found in breakfasts, lunches and dinners. Those who have tried chocolate-covered bacon also may insist that bacon holds its own as a dessert.

Bacon is a salt-cured pork product that is made from pork belly or less fatty back cuts. Just as there are many different ways to incorporate bacon into favorite dishes, there are several methods to preparing the food, including in a fryer, on the stovetop, in a...