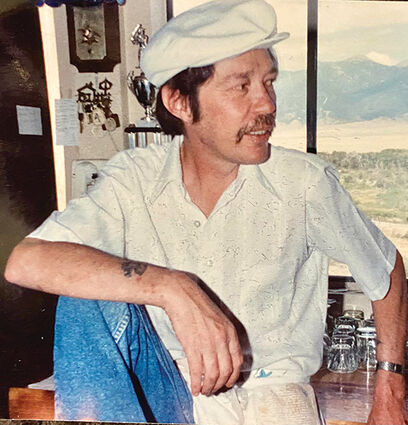 Howard F Robertson, 74, of Whitehall, MT, passed away of respiratory failure on July 12, 2021 with his family by his side.

Howie, also known as “Howard the Duck” was born in Butte, MT to Howard and Marjorie Robertson on May 24th, 1947. His family later moved to Whitehall, MT in the summer of 1968.

Howie met Doris Holm in 1965 and they had a daughter Lisa Holm Mihailovich. In 1968 he married Janis Bailey; they had two sons, Howie and Chris Swain. In 1984, he married Ernestine L. Davis.

Howie loved to travel especially in his 1974 Chevy Camaro. He was a well-known cook throughout the southwestern Montana cities and beyond. There is a saying “you don’t need teeth to eat his meat!”

Some of Howie’s other passions were making Native American jewelry and taking care of stray animals.

Howie had a special bond with his mother Marjorie and told many stories of her unique life adventures and farm animals.

Cremation has taken place. The family is having his Celebration of Life at Tona’s Mint Bar in Whitehall on July 31st at 1 p.m. at 1 E. Legion Ave. Everyone is welcome to bring a dish of something if they like. Condolences may be left at kandlmortuaries.com.

The family wishes to extend their gratitude to St. James hospital, The Copper Ridge Health and Rehab, the Frontier Home Health and Hospice, Francine Giono of Whitehall, K and L Mortuaries, Inc in Whitehall, and everyone else who helped with the care of Howie.