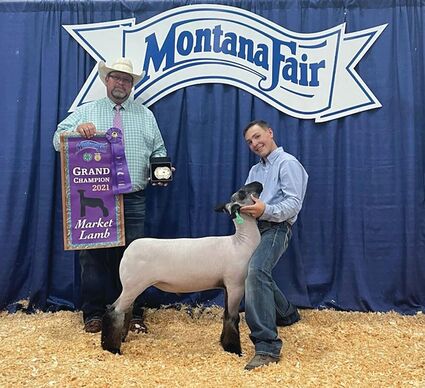 Thirteen year old Zane Downey took the MontanaFair in Billings by storm, winning three of the most prestigious awards available at the largest of Montana's summer season Junior livestock shows.

Downey, an eighth grader this year, shows under the Golden Livestock 4H Club in Lewis and Clark county and has been involved in 4H for the last six years. He and his lamb, Eric - who he has had since April - blew the competition out of the water, winning: Grand Champion Market Lamb, Grand Champion Junior Sheep Showman, and the Grand Champion Large Animal Round Robin Junior Showman.