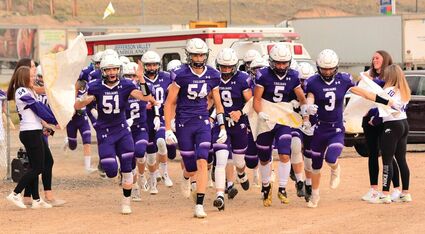 The Whitehall Trojans High School Football team celebrated Homecoming this past Friday, but unfortunately was unable to pull out a win for the game against the Townsend Bulldogs. Final score was 44-0 Broadwater.

Highlights of the game, from Coach Dan Lacey, included: