New Extrication Equipment For Fire Department, Thanks to Monetary Donations 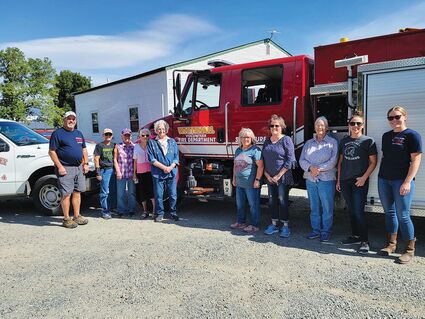 State of the art extrication equipment was purchased by the Whitehall Volunteer Fire Department thanks, in large part to a $10,000 donation from the Ladies Auxiliary, which runs the Country Store by Whitehall RV Park. The equipment was much needed, according to Fire Chief Joe Granvold, who said issues with the hydraulics on the older equipment held up rescue times. The new equipment, Granvold said, is much quicker and easier to use.

“If even one life is saved because of this donation...it’s amazing,” Patti Duford said.

The department also received $6,000 from the Jefferson Valley R...