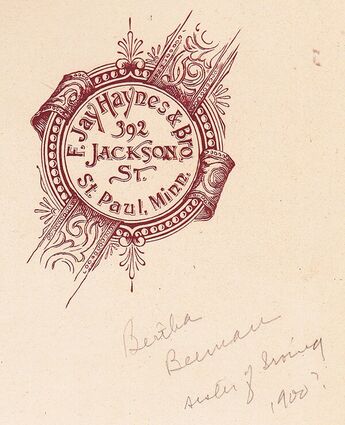 The year was 1877. Having signed the contract in the year previous, "The Professor" officially became the Documenter for the Northern Pacific Railway's west-ward expansion.

Young Frank Jay, or F. Jay as he was known to friends and family, had just relocated to Moorhead, Minnesota, where he proceeded to open the first of four photographic studios under the family name.

Along the way, Frank married his high school sweetheart Lily Snyder. While in Moorhead, Frank and Lily had a daughter, Bertha. Later, several years after moving both his new family and studio across the border to Fargo, Nort...