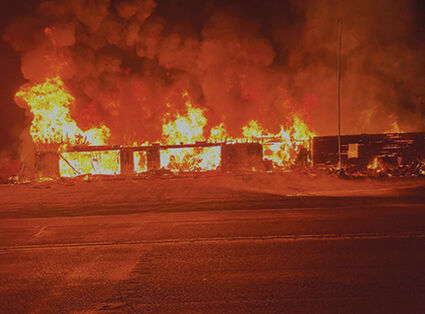 ENGULFED: The area lost a Montana treasure when LaHood Park Steakhouse burned the ground on September 30, 2021.

Over nine decades of meals, laughter, memories, and music came to a screeching halt in the early morning hours of Thursday, September 30, 2021, when LaHood Park Steakhouse went up in flames.

"It happened so fast, we couldn't do anything," LaHood employee and tenant Stephanie Adams said. "We grabbed the laundry basket of clean clothes I had just washed, our dogs, some sweaters, and that's it."

Built by Shadan LaHood in 1928, the property transitioned from a general store to a post office, then a hotel and restaurant. LaHood's was the origination of what is now Rockin' the Rivers, which was...