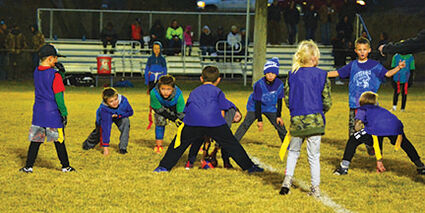 The Whitehall Trojan Flag Football teams played a great season and will complete their games on Thursday, October 14th.