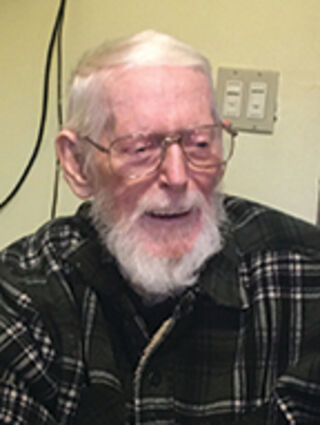 Glenn Kirkpatrick, 85, of Whitehall, Montana passed away on October 6, 2021, at St. James Hospital in Butte, Montana. He was born in Ten Sleep, Wyoming in 1936 to parents Mary and Harold Kirkpatrick, and had three half-siblings: Dallas, Eddie & Mary Jane, all who preceded him in death. Glenn is survived by his wonderful wife Lois of nearly 65 years (November 12, 1956, in Cody, WY), and three children: Harold (husband George Robles and their son Emilio Robles-Kirkpatrick), Dean, and Wylea. Glenn and Lois raised their kids for 22 years in California. Other than that, Glenn spent most of his life in Wyoming and Montana.

He graduated from Powell High School in Powell, Wyoming and then attended the police academy in Santa Clara County, California.

Glenn was a Jack of many trades throughout his life. To name a few: musician, artist, cook for pack outfits in Yellowstone (as well as in numerous restaurants in Wyoming and California), wrangler, Deputy Sheriff, and finally a locksmith based in Whitehall, Montana. He also enjoyed tinkering in his shop as many men do.

He had a love of sports, including the San Jose Sabercats arena football team and the San Jose Sharks hockey team. Most of all, he was an avid San Francisco 49ers football fan. A few years ago, he had a great opportunity to go to a game where they beat his son's favorite team, the Seattle Seahawks.

"Red" as he was known to many, loved joking around and making people laugh. He thought of his in-laws as his own and enjoyed visiting at the annual family reunions. Glenn would typically bring all kind of trinkets, treats and toys for the kids including loads of nieces, nephews, great-nieces, and great-nephews. He had a love for camping, fishing, and most things outdoors. He took his family on a backpacking trip through Yellowstone (one of his favorite places in the world) when his kids were in their pre/mid-teens. And it was such a joy to teach his grandson how to fish when he was young.

All in all, Glenn had a great love for people and would be there when you needed him. In his own words, "Brought into this world on May 17, 1936. Left on October 6, 2021, undoubtedly better for his absence. Born with a gift of laughter and with the sense that men are mad, he brought nothing, and he takes nothing."

I love you Pop, and I'll miss you greatly!