Trojans Off to Round Two of Playoffs; Biggest Trojan Fan Contest Announced 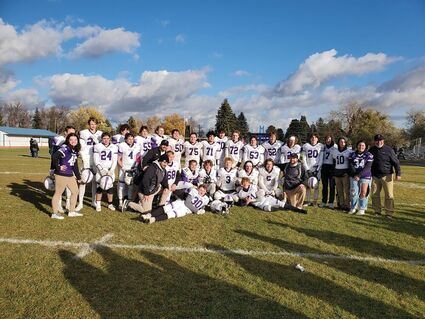 The Whitehall Trojan football team brought the heat to the first round of playoffs against Malta on Saturday, October 30.

The Trojans had a slow first quarter, ending with zero points to Malta's 8, but put the pedal to the metal in the second and third quarters. Final score was 34-22 Trojans.

Miles Hoerauf threw for 296 yards, had 2 touchdowns, and 2 interceptions. He also rushed for 239 yards and 3 touchdowns.