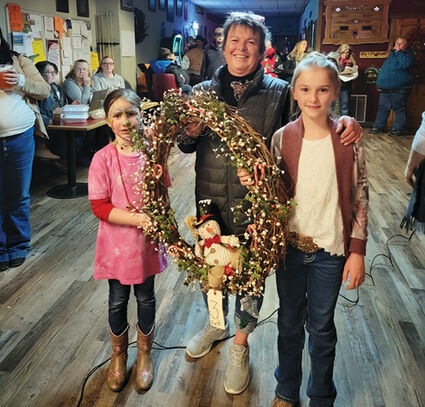 The top-earning wreath of the evening was made by Kathy Anderson, with proceeds going towards Mindy Bowman's medical fund. Mint Bar owner Tona Doney purchased the wreath for $1100.

Other top sellers included a...