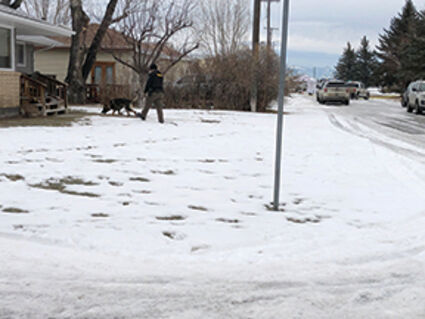 K-9 units search near the scene of a double homicide in Three Forks.

The Gallatin County Sheriff's Office has released the victims' names as Brendan Estabrook of Three Forks and Chase Estabrook of Butte.

According to court documents, the Gallatin County Dispatch received a report of two people suffering from gunshot wounds in the area of 6th Ave. E. and E. Ash Street at 3:28 a.m., and later received a s...