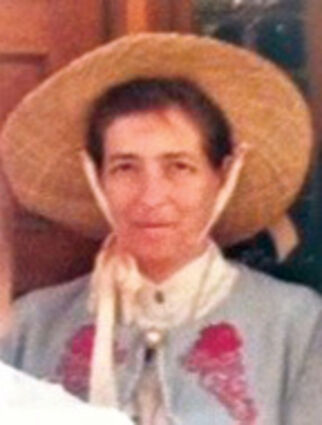 Alice Faye Davis passed from this world too soon surrounded by her close family and friends on February 14, 2022.

Alice was born on April 25, 1962. From West Virginia, she married young and had her first daughter, after which she divorced and moved to Montana to be with her parents and start anew. A couple of years after the move she met her "Huckleberry" Glenn and married again. Glenn was a father of three teens. He and Alice had two more children together.

Alice was deeply loved by her many friends, she was a "tell it like it is" type of person with a heart of gold. She always stood up for what she believed, even if it wasn't popular. She loved her country and supported veterans, troops, and military families. She enjoyed working and always kept busy, from her first job at Dairy Queen to her final job with Liberty Place. Alice greatly enjoyed having family visit her, especially her grandchildren, attending many historical Victorian balls with her family and sister. She loved Elvis and Star Trek, along with the company and love of her beloved pets. In her free time, she could be found taking a hot bubble bath or playing her Mahjong games, which she did often.

Alice is preceded in death by her parents Clare "Punk" and Lois Knight of Moccasin; her sister Janet Allstead of Virginia City, and two grandchildren Blake Stephens and Celestia Moore.

Cremation was done by K & L Mortuaries of Whitehall. Memorial Services will be announced later this summer.

Alice is gone too soon but won't be forgotten.