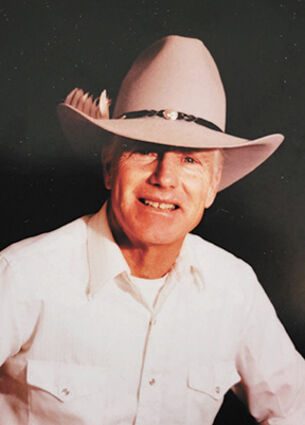 Peter Charles Reinschmidt passed away peacefully on March 13, 2022, surrounded by his wife and four children. "Pete", as he was known by his friends and family, was born on January 21, 1940, in Queens, New York to Charles and Catherine Reinschmidt. He was the oldest of eight children.

Pete spent his childhood in Bernardsville, New Jersey before he enlisted in the U.S. Army and served in the Vietnam War. Following his time in the service, Pete studied Mechanical Engineering and Mathematics at Colorado State University. He worked as an accomplished Machinist then a Corporate Pilot before pursuing his dreams and owning a cattle ranch in Whitehall, Montana, and a crop-dusting business in Cody, Wyoming. Pete was married to the love of his life, Delores Reinschmidt, for 60 years. After sweeping her off her feet following only three dates, Pete and Delores went on to have four children.

Along with his many accomplishments, Pete will be remembered for his passion for life and adventure. When he wasn't out on the ranch or flying an airplane, Pete could be found building beautiful furniture with his hands, creating unforgettable experiences as a hunting guide in the Ruby Mountains, playing his guitar (and almost any instrument by ear), and spending time with his family. Pete could captivate any audience with his exceptional ability to turn life experiences into a great story. Pete was a man of integrity and grit who loved God, his family, and his country.

A Celebration of Life will be held at 1 PM on Saturday, April 9, 2022, at the Tia Kober Gymnasium in Whitehall, Montana.