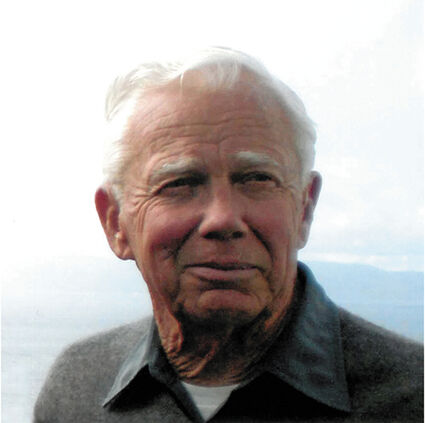 Rod was raised in Whitehall and graduated from Whitehall High School in 1952. He attended the US Maritime Academy in Long Island, New York being one of two Montana appointees. He then attended West Point Military Academy, the Western Montana College, and the University of Montana earning a bachelor’s degree in History and Political Science in 1957.

Rod enlisted in the Air Force in 1957 requesting pilot training. He was commissioned into the United States Air Force in 1958 as a 2nd Lt Strategic Air Command Team. He served two tours of duty in Vietnam in 1965 and 1966 as a pilot of KC-135 refueling B-52 Bomber planes. He was discharged in 1967 as a Captain. He received the United States Air Medal for Meritorious Achievement for his service during this time.

Rod continued his love of aviation as a commercial pilot for Western and Delta Airlines for a total of 28 years as a line pilot/Captain. He retired in 1994.

In August 1963 he married Sally A Brooks. Together they raised four children - Teri Eubanks, Debbie Bowman, Melanie Labrum, and Monty Duncan. They made their home in Orange County California.

Rod had many hobbies which included fishing, photography, computers, history, building trains, anything to do with aviation, gadgets, and “tinkering.”

In 1997, Rod returned to his Montana roots, renewing old high school friendships where he then became known to all as “Monty.” He re-ignited a high school prom date crush --- Kay (Carmody) Spackman and in 1999 they were married. Together they rekindled many old friendships and cherished these times. They made their home in Butte and spent their retirement years traveling as much as humanly possible, enjoying many trips abroad as well as within the United States going coast to coast. They took every opportunity to visit family and friends and always enjoyed being a part of the activities of their large extended family. Monty was a dedicated supporter of the World Museum of Mining, where he volunteered his extensive photography experience in restoring historical photos. He loved and supported the arts and the Mother Lode Theatre, he loved Butte, Whitehall, and Virginia City history. He is survived by his wife Kay, and children Teri Eubanks, Debbie (George) Bowman, Melanie Labrum (Craig), Monty (Candace) Duncan, Darla (Ric) Palmer, Susan (John) Breining, Renee Spackman, Tim Spackman, Kim (Kelly) Hayes, and Jill (Mark) Allen. He was preceded in death by Kay’s son Jeff Spackman, great-granddaughter Penelope Hintz, and his brother David Duncan.

Visitation will begin at 9 AM on Saturday, April 9th at Immaculate Conception Catholic Church on the corner of Caledonia St. and North Western Ave. in Butte. Funeral Mass will begin at 10 AM at the church. Rite of Committal with Military Honors will be held at 2:30 PM at the Whitehall Cemetery in Whitehall, Montana. Memorials in honor of Monty are suggested to Jefferson Valley Museum, PO Box 902, Whitehall, MT 59759; Motherlode Theatre, PO Box 522, Butte, MT 59703; or World Museum of Mining, PO Box 33, Butte, MT 59703.

Please visit http://www.buttefuneralhome.com to offer the family condolence or to share a memory of Monty.