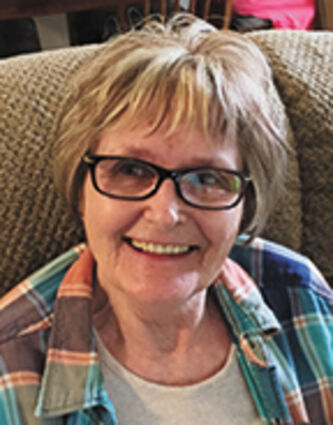 Terri was born on October 19, 1948, in Butte, Montana to Robert Norman Simonich and Betty Lorene Powell. She was raised and educated in Whitehall, Montana. She lived in various and diverse places throughout her life with the past 20 years being in Texas.

She spent her work life in part behind a desk by working for several years in a medical clinic, and later occupied the passenger seat of a semi-truck driven by her husband, she was able to see a lot of this beautiful nation from behind that windshield in between reading an entire series of books to him while he drove. Later she started her own truck dispatch business which kept her busy for many years and she finally hung up the phone and hit the off button on her work life on December 31, 2019.

She was preceded in death by her parents Robert Norman Simonich and Betty Lorene Simonich; and brother, Rob Simonich.

Cremation arrangements were handled by Starr Funeral Home. In lieu of flowers and plants, the family asks donations be made to Epilepsy Research or Research on COPD. Condolences and memories may be shared at staffuneralhome.com.