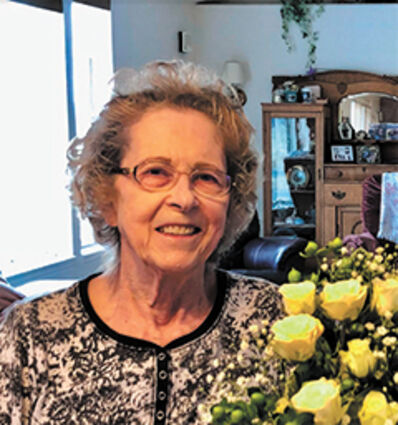 Mildred was the eldest child born to Tom and Lillie Wucetich, her brother Joe Wucetich preceded her in death. Her younger sister MaryLynn (Sis) Smith still resides in Spokane, Washington.

Mildred was born in a time when you learned to care for yourself. She was a beautiful seamstress, making most of our clothing growing up. Lori had the most beautiful prom dresses and Mike had fancy suits as well. She always had a huge garden and canned all the vegetables and fruit that would hold us over the winter. She was an excellent cook and even though we did not have much at the time we always had delicious meals on the table. Most afternoons when we got off the bus we were greeted with the smell of fresh bread just out of the oven. Mildred was a strong-willed woman who found herself in charge more times than not. She was an organizer that wanted things done right.

When Mom and Dad were first starting out they owned the A&W Rootbeer stand in Whitehall during the time of carhops and great food. They eventually sold this and bought the Townsend ranch which is now Bausch Potatoes. They started from scratch and cleared tons of debris left by early settlers. They cleared the rocks, rattlesnakes, and sagebrush. They built a very successful business through hard work and sweat equity.

She worked alongside our Dad in the field and in the cellar. They both taught us the value of a hard day's work as we stood on milk crates (so we could reach) the spud sorting table, we learned to sort, bag, cut French fries and shred hashbrowns. She taught us to cook meals for a crew and the importance of harvest and planting time. Mark continues the legacy of Bausch potatoes in the Waterloo valley.

Mom had a love for music and to entertain. We all had music lessons and grew up learning to dance and play pinochle during the parties she hosted at our house. We would clean out the living room and dance on the hardwood floor that she worked so hard to keep shiny. 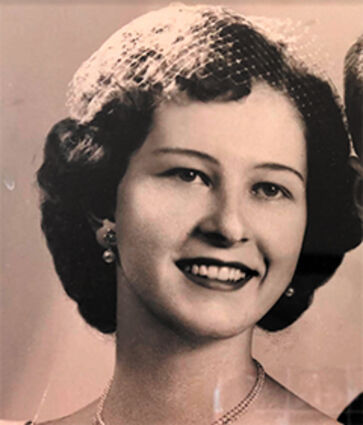 Mom enjoyed her grandkids very much with long bike rides around the valley and playing monopoly. They all enjoyed going on trips to Silverwood. Dad, Whitney and Kallie would be going crazy on the rollercoasters and rides while Mom and Cole were watching from the ground and cheering them on. Kaleb and Megan learned how to make homemade ice cream and climbed in the apple trees. They may have climbed a little high much to grandma's dismay. The grandkids remember grandma having them help her shell peas from the garden and more going on the floor than in the bowl. She also made the best spaghetti and apple pies from her tree in the yard. They also learned to pick raspberries and make jam that was second to none.

In her later years, Mom just enjoyed having the kids come over and spending time with them. She loved pointing out her favorite scene of Manhead mountain out the front window. She enjoyed her family and her cat Kiki, her constant companion during the last few years. We will miss her but know she is finally at peace with her family and will wait for us on the other side.

Her ashes will be buried in Fish Creek Cemetery and there will be no service per her wishes. Memorials may be made to the donor's choice.