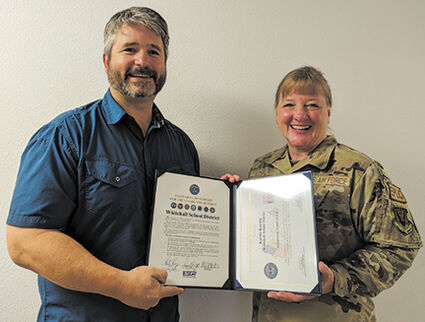 Whitehall School District Principal Kurtis Koenig was awarded a Department of Defense Patriot Award in recognition of the extraordinary support of his employee serving in the United Air Force Reserve Colonel Donna Loomis.

The Patriot Award was developed by Employer Support of the Guard and Reserve (ESGR), a program of the Department of Defense, to publicly recognize civilian employees serving in the guard or reserve. Without supportive employers, the strength and readiness of the nation's Guard and Reserve units cannot be maintained.