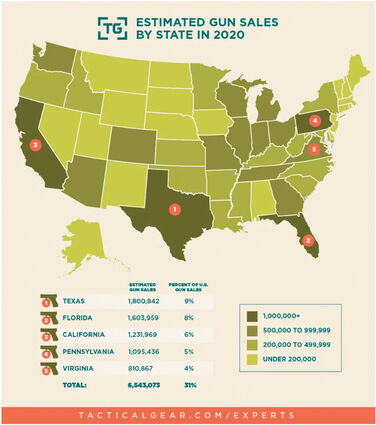 New CDC WONDER data from the Centers for Disease Control and Prevention show that states with the highest rates of overall gun death in the nation are those with weak gun violence prevention laws and higher rates of gun ownership according to a new Violence Policy Center (VPC) analysis. In addition, states with the lowest overall gun death rates have some of the strongest gun violence prevention laws in the nation and lower rates of gun ownership.

The VPC analysis looks at overall gun death (homicides, suicides, and fatal unintentional shootings) in 2020, the most recent year for which data...