Ray Jr. was born on January 9, 1933, in Mclaughlin, SD to Bertha and Ray Haberman Sr. Ray Jr. was the oldest child with three siblings. Ray Jr. attended school in Eagle Butte, SD. He married Grace Smith, his "kissing honey" and the love of his life.

Ray Jr. worked on the family ranch where he and Grace started their family. In 1978 he moved his family to Whitehall, MT where he purchased a ranch South of town. Whitehall soon became home to Ray Jr. and his family. Ray Jr. ranched all his life doing what he loved; working the ranch, cattle, sheep, and farming. Ranching was one of his many passions. Ray Jr. and Grace also opened R and G Bakery in the 1980s. He did many odd jobs up until he semi-retired, drilling rods for High Country Fencing for many years while still raising a few cattle. Ray Jr. loved helping others and telling stories. One of his favorite stories was about his sister, Doctor JoAnn Haberman. It was about her becoming a doctor and helping others and how proud and honored he was to be her brother. Ray Jr. loved life and lived it to the fullest! When he fully retired he never missed a Sunday dancing. It was one of his most favorite things to do, that and spending time with his family and friends.

Ray Jr.had many little sayings he shared with others, such as: "like a herd of turtles" and "there I was too already" to name a few. 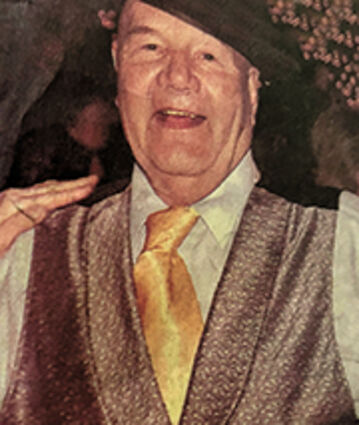 Ray Jr. was a happy-go-lucky guy and always had a smile and handshake. Ray Jr. will be sadly missed by his family and friends.

Funeral services were held at the First Christian Church 108 E First St, Whitehall, MT on Tuesday, June 7, 2022, at 1 PM, post graveside service refreshments will be served at the church. If desired, the family suggests donations to the Christian Church.