On February 1, 2022, Shelly Kaye Shaw was called home. She reunited with her mother and father, Loren and Cena Shaw, and her brother, Bobby Shaw. Shelly was born in Whitehall on August 12, 1960, joining six other siblings. She leaves behind three brothers, Allen and his wife JoAnn, Garland and his wife Linda, Dennis and his wife Jean; two sisters, Sherry and her husband Larry, and Sandy and her husband Bob; and sister-in-law, Raye Shaw. She leaves nieces and nephews also. Shelly graduated from Whitehall High School in 1978 and never married.

At the age of one, Shelly contracted encephalitis, keeping her in the hospital in a coma for 30 days. This disease left her with many medical issues which she had to endure throughout her life. She had recently finished a successful treatment for larynx cancer. Shelly was a fighter throughout her life, facing her challenges bravely. She remained optimistic until near the end, believing that she could overcome all obstacles.

Like her siblings, she possessed a strong work ethic passed down to her from her parents. She enjoyed being outdoors, doing yard work, and doing other chores for whoever needed assistance. Along the way, she was often the first to offer empathy, concern, and help to others who were encountering difficulties of their own. She had a kind heart for almost anyone she encountered.

If you knew Shelly, whenever you would see her, she would have a bottle of Mountain Dew with her; that was her go-to drink.

Shelly had a special place for her four-legged family members, from Mama Jinks to Bandit, Norman, and Sheba. She volunteered at a pet rescue in Whitehall and if she could have, she would have brought every animal home with her. Shelly requested little in her final wishes, except that her ashes were to be mixed and spread with the ashes she kept of her beloved Bandit and Norman. 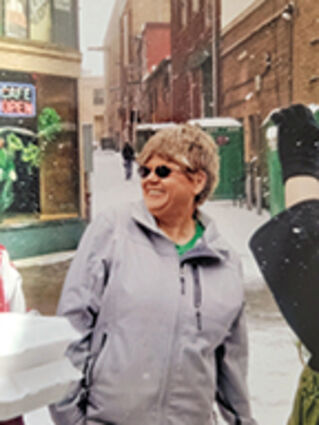 Since Shelly possessed a strong love for animals, the family requests that any donations be made to Best Friends Sanctuary in Kanab, Utah, or to your local animal rescue.

All Shelly asked for from life was to be accepted and loved. Rest in peace, sis!

A Celebration of Life will be held at the Whitehall Legion Street Park on Saturday, June 11, 2022, from 1 PM to 3 PM in Whitehall, Montana.