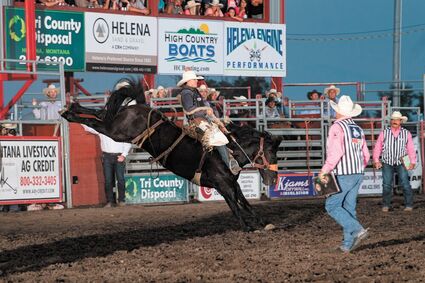 The Last Chance Stampede and Fair is going purple for a cause.

For the Fri., July 29 rodeo performance, the Stampede in Helena will host the Man Up Crusade, a crusade to stop domestic violence.Fans are asked to wear purple to the rodeo that night, to bring awareness to the issue of domestic violence.

The Man Up Crusade was begun in Idaho in 2012 by Sheriff Kieran Donahue and his wife Janice, who recognized the need for awareness of domestic violence.

Domestic violence is nearly half of law enforcement calls daily, Donahue said, “and that’s a staggering number. It’s something we need t...