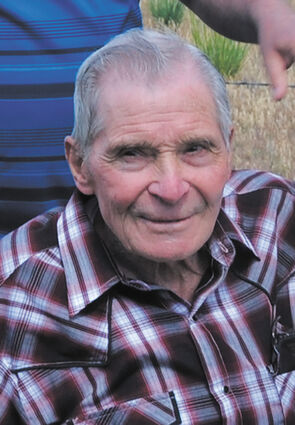 Norman Victor Ridder passed away on Thursday, June 9, 2022. He was born on December 22, 1932, at the farm home of Joseph and Johanna (Kerschen) Ridder. He was one of five children. Norman attended elementary school in Marienthal, KS, and then helped his dad and brothers on the farm.

Norman married Julianna Kessler on June 16, 1952, and they had five children. They took over his father's farm until 1964 when they sold the farm to his brother and moved to Plains, MT where they had bought a ranch. In 1967 they sold the ranch in Plains and moved to another ranch in St. Ignatius, MT. In 1974 they sold this ranch and moved to the ranch they had purchased on the Whitetail in Whitehall, MT. Later Norman and Julie sold the ranch and "retired," staying busy with their large yard and gardens. He was a founding member and active in St. Teresa's Knights of Columbus.