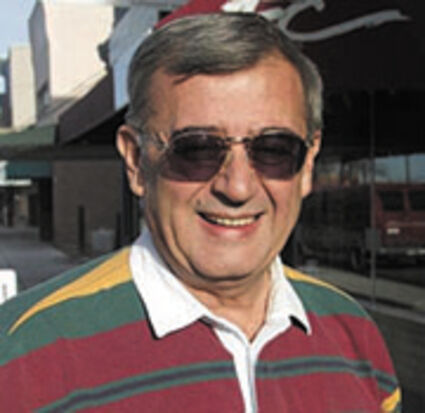 Donald Frederick Drivdahl was born June 24, 1945, the second of four children, to Mildred (Myer) and Louis Drivdahl in Big Timber, MT. He attended Glasston Elementary with his siblings and cousins. The family left their sheep ranch near Melville and moved to Dillon, MT, in 1959, where they ran their newly purchased and renamed M&L Motel (now Sparky's Garage). In 1963 Don graduated from Beaverhead High School and went on to earn a BS in Elementary Ed from Western Montana College, where he was also a member of the fencing team.

Don married Linda Johnson of Divide, MT, in 1968, and they had three children: Heidi, Shayne, and Donnica.

In 1982 Don married Mary (Robbins) Seybert of Whitehall, MT. They spent many years in Whitehall watching their blended family grow up.

In 1992 Don met Marie Finnigan and became part of their family in Nappanee, IN.

Don taught elementary school in Newport, OR, Butte, Whitehall, and Cardwell, Montana. While teaching was something he loved and came back to throughout his life, he was a salesman at heart. He loved the challenge and meeting new people. He lived in many places and was the life of the party in each new community he called home.

Don came from a musical family and played in country bands his whole life. He could play any instrument with strings and seemed happiest when he was doing this and singing karaoke.

Don died at his home in Dillon on June 12, 2022, due to complications from lung cancer. He is survived by his children and their spouses, Heidi and Charlie Noyes of Bozeman, Shayne and Lori Drivdahl of Park City, UT, and Donnica and Mike Haldane of Butte; grandchildren Benjamin, Jack, and Lex Johnson; Kristian and Annika Drivdahl; Angie, Mikey, and Bryson Haldane; His "Finnigan girls," Mary Borbi, Therisa Seymour, and Kelly Finnigan; siblings, Cherrill Rolfe, Jeff Drivdahl, and Joe and Sue Drivdahl, along with several nephews and many cousins. Raise a glass to Don and if you feel so inclined, donate to a cancer center or a charity near and dear to your heart in his name.