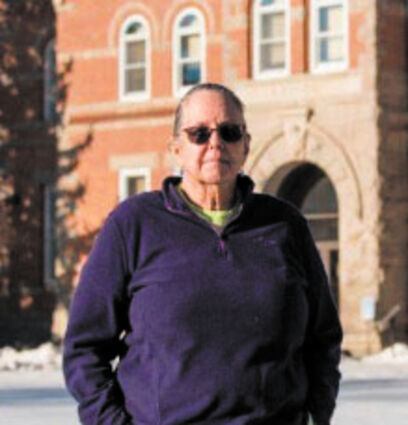 Terri Lewis, Ph.D. died on May 28, 2022, at her sister's home in Boulder. Terri was diagnosed with metastatic melanoma in February of this year. She was 70 years old at the time of her death.

Terris was the oldest of three siblings and the daughter of Wade V. Lewis, Jr. and Delight Romerio Lewis. She lived her junior and high school years in Boulder along with her siblings. After high school, she married William McRae and lived a short while in Basin. She and Bill moved east and settled in Cookeville, TN, where they had two children and later divorced. They continued to remain in touch.

Terri was a Cookeville resident for over four decades. She dedicated her life to helping people. She was a special education teacher and an employer of people with mental and physical disabilities as well as those who were impacted by the criminal justice system. She was a fierce champion and "hero" for people who needed help navigating the medical world of chronic pain, fungal meningitis, and arachnoiditis.

She earned a Ph.D. in rehabilitation from Southern Illinois University at Carbondale. As vice-president of research for Arachnoiditis and Chronic Meningitis Collaborative Research Network (ACMCRN), she facilitated research projects, published papers, educated others, and spoke publicly to advocate for people who desperately needed help. Her work, hailed as "herculean" by colleagues, resulted in what is believed to be the largest patient-reported survey of arachnoiditis experiences to date.

For some six years and before returning to Montana, Terri was an assistant professor at the National Changhua University of Education in Changhuahsien, Taiwan. There she developed their REhabilitation Licensing program. She also taught administrative practices in rehabilitation counseling at Southern Illinois University at Carbondale.

In her final months, Terri brought her spirit for advocacy and expertise to her hometown of Boulder, serving as the ARPA Director to distribute American Rescue Plan Funds to Jefferson County, working tirelessly for her community up until the day of her passing.

Terri is survived by her sisters Patricia Lewis of Boulder, and Erin Lewis of Tennessee; her brothers Robert Lewis (Boulder) and Paul Lewis (Belgrade), and children Ian McRae (Boulder) and Carlin McRae ( Tennessee). She also leaves behind many friends and adopted family members. She was a mother to many and a friend to many more.

A celebration of life ceremony will be held at 5 PM on Friday, July 8, 2022, at the Hilltop Shelter in Cane Creek Park in Cookeville, TN.

Donations may be made to the Arachnoiditis and Chronic Meningitis Collaborative REsesarch Network (ACMCRN) where a memorial fund has been dedicated in her honor: http://www.acmcrn.org/terri-lewis-memorial.