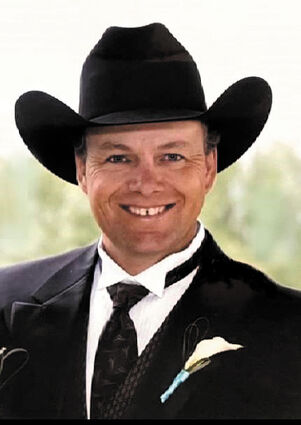 Robbie Frank Kountz was born in Bozeman, Montana, on May 3, 1965, to Dick and Kristie Kountz. He grew up in Bozeman, graduating from Bozeman High. He grew up in the Gallatin Valley back when life was simpler and his days were spent playing outside, hunting, fishing, snowmobiling, riding horses, and enjoying the great outdoors with his friends and family. His best childhood friend and sister, Kimberly, joined him in many shenanigans and adventures over the years!

Rodeo was a family affair for the Kountz family, traveling to rodeos all over the state most weekends in the summers. This sparked a passion in Rob for rodeo. Rob shared his love of the sport with many people he mentored over the years. He attended Montana State University where he was a member of the MSU Rodeo Team, competing in steer wrestling and team roping. After college, he continued his rodeo career in the Montana Pro Rodeo Circuit and Northern Rodeo Association winning many steer wrestling, team roping, and all-around championships over the course of his career.

In 1993, Rob married Rhonda Nevala. From this marriage, he gained many family members who he remained very close with after they divorced.

Rob was a hard worker and believed when the sun came up in the morning, he should be up - he wasn't one to sleep in! He enjoyed working on his many projects! You could find him building fences, repairing equipment, shoeing his horses, taking care of his animals, and always taking pride in doing a good job. His dogs, Pearl and Taz, and cat Dannie were always nearby and stayed close to him to the end. Rob enjoyed roping in Arizona in the winter and bought the land where he planned one day to retire.

Rob operated a freight trucking business and transported parts for Boeing from Montana to California and Washington. It was on one of these trips that he met Tiffanie Brown in Mesquite, Nevada. After a long-distance relationship for a few years, he convinced her to move to Montana. He enjoyed teaching her the Montana life - riding horses, shooting, fishing, ranching, and enjoying the beautiful outdoors. They learned how to fight through tough times and still enjoyed each other. Tiffanie remained alongside Rob during his diagnosis and treatment, supporting him and devoting herself to caring for him.

Throughout his life, Rob enjoyed many close friendships which became even more important in the last few years. During his year-long battle, he enjoyed the visits and calls from people. Although cancer robbed him of enjoying a long life, Rob certainly lived a full life. He was best known for his quiet, yet confident personality and his steadfast dedication to his friends. He had a kind heart, was loyal, and would do anything to help family and friends.

Donations can be made to a scholarship fund by sending a check made payable to "Robbie Kountz" to 8612 Huffine Lane, Bozeman, MT 59718. Please put "scholarship fund" on the memo line.